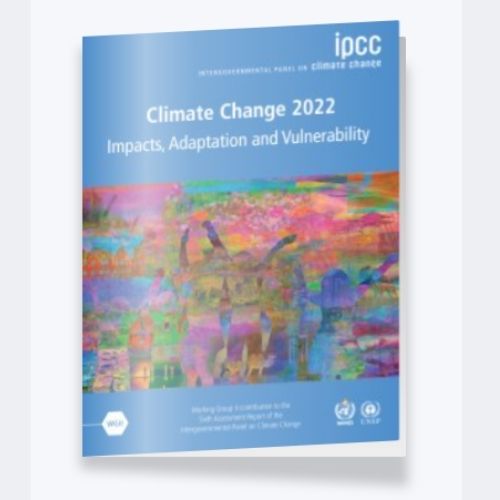 The report’s primary focus is on mapping out the global and regional impacts of climate change on ecosystems, biodiversity and human communities, and includes an assessment of Australia and New Zealand.

As you might expect, there isn’t a lot of good news for us.

Our sea-surface temperature is also steadily rising by about 0.2°C per decade from 1981 to 2018 and the sea-level rise has averaged around 2.4mm per year from 1961. We have also recorded notable changes in our snowline and glacier ice volume. While there have been fewer cyclones, they have increased in intensity, as have our droughts.

These trends are expected to continue. In the near term (2030-2060), we can expect further warming and sea-level rise, more hot days and heatwaves, less snow, more rainfall in the south, less rainfall in the north, and more extreme fire weather in the east.

The cumulative effects of climate change are projected to become an increasingly dominant stress on our biodiversity during this period, with some ecosystems likely to experience irreversible changes in composition and structure and a range of threatened species at high risk of extinction. This includes our sea habitats. For example, ocean warming is a major factor behind the loss of large kelp forests along our south-eastern coastline.

The report also noted the increased risk our coastal settlements will face. The nature of our geography means much of our population is concentrated in coastal regions and we have strong cultural connections to the sea. It also means our way of life is at risk of greater change than many countries and how we adapt to the challenges of sea-level rise and extreme weather events will be vital.

To offer just one example, the value of buildings and homes in New Zealand exposed to 1-in-100 year coastal floods is tipped to increase by $12.75 billion, which is inevitably being factored into insurance premiums. These communities are now on the front line of climate change.

The report also details the health consequences we risk seeing, from the faster spread of disease to the expanded range of mosquito-borne dengue fever.

Climate change is further likely to adversely affect our mental wellbeing brought on by the real impacts we experience – exposure to high temperatures, extreme weather events, displacement, conflict, climate-related economic and social losses – as well as the anxiety and distress associated with worry about climate change, which can particularly harm our young people.

The IPCC has noted that, like the rest of the world, our adaptation measures are largely incremental and reactive. We need a step-change that better aligns with the real risks in place. And it’s important that we properly understand how adaptation and mitigation policies can work across and support our interdependent systems.

For example, while we are committed to planting more trees to meet our emissions reduction goals, the projected increases in droughts, storms and high winds put forests at greater fire risk. Our land and water management plans, therefore, require a greater focus on long term resilience, properly accounting for the changes we cannot now avoid.

Any delay in implementing adaptation and emission reductions measures will simply result in more costly impacts and adjustments later.

As they say, the best time to start was yesterday, the second-best time is today.