SKYCITY’s Low Carbon Meal: How to have your cake & reduce carbon too 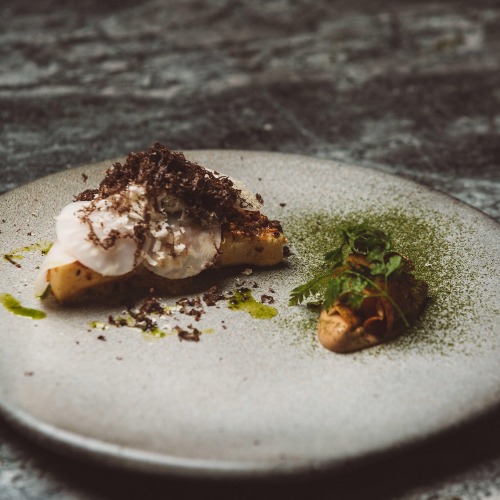 Do you want to reduce your food-related carbon emissions but don’t know where to start?

Well, it just got a little easier. Over the last few months, Enviro-Mark Solutions has been working with SKYCITY Group to develop a low carbon meal, which was launched at a sustainability-focussed event at The Sugar Club on World Environment Day.

The predominantly plant-based three course meal included two entrees and a dairy-based dessert, and it had a carbon footprint of 2.164 kg CO2e - less than the low carbon baseline of 2.385 researched by Enviro-Mark Solutions. 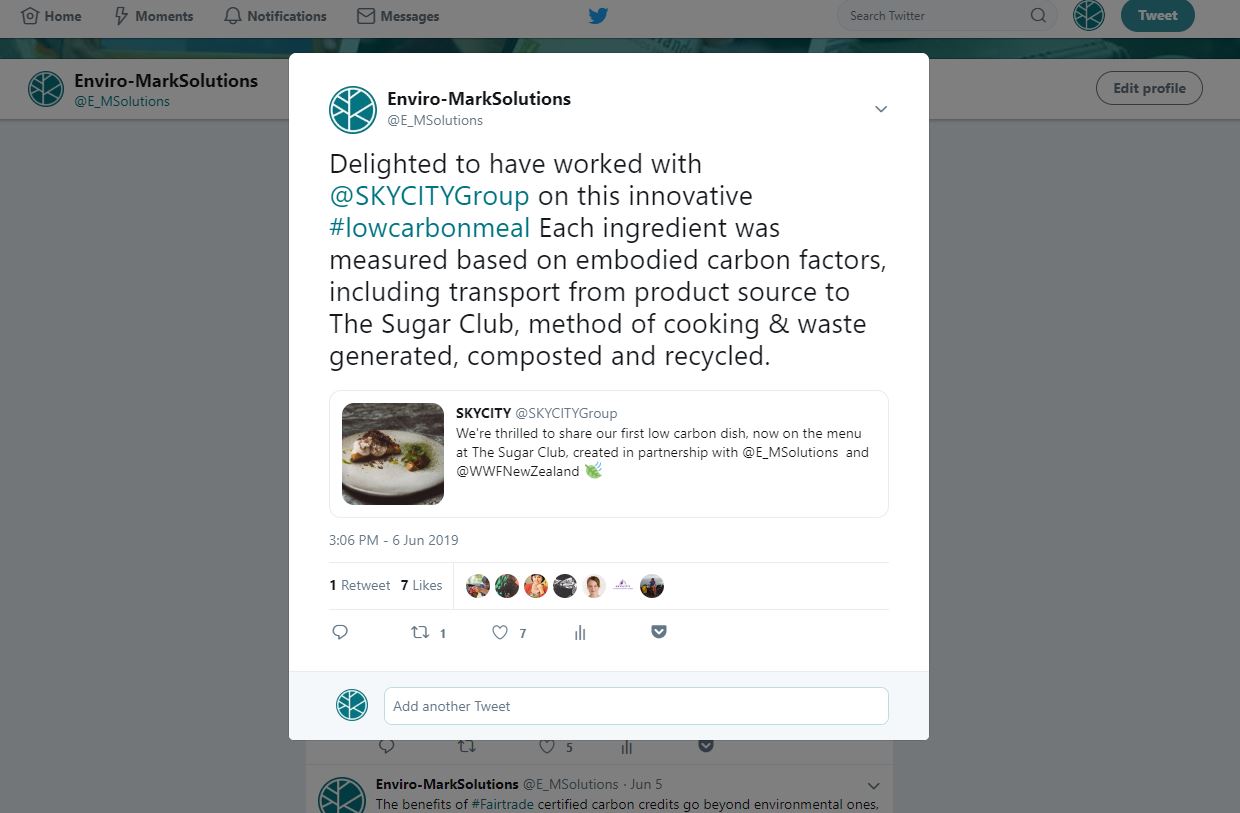 Enviro-Mark Solutions developed the methodology to calculate the carbon footprint of the meal’s food using two international studies, with the target of developing a three-course dinner with a carbon footprint in line or below that of a best practice low carbon diet. As a typical restaurant meal has 50 percent of your daily calories, The Sugar Club menu had to be no more than 50 percent of a daily carbon footprint in that low carbon diet. Each ingredient was selected and measured based on embodied carbon factors, (the quantity of greenhouse gases emitted from farming practices and transporting produce to a wholesaler). The measurement included creating the basic ingredients and transporting them to The Sugar Club, the method of cooking, and the waste generated, composted and recycled. As a result, many ingredients for the meal were locally sourced.

E-MS Technical Advisor Sophia White says that developing the methodology was challenging given the lack of robust data on food production in New Zealand. “Robust data about food production is essential in enabling organisations and individuals to make low-carbon choices”, she says, “The use of global averages is a good indicator of the footprint of ingredients but of course, no one goes shopping with a list of the carbon footprint of each item. Choosing to eat local produce, increase the vegetarian dishes in your diet and using fresh ingredients will immediately lower the carbon footprint of what you are eating.”

The E-MS team worked with The Sugar Club Executive Chef Josh Barlow on several iterations of the meal before they settled on the final, plant-based option. Sophia says this doesn’t mean that individuals need to go fully vegan to eat low carbon, but should be well informed before they head to the supermarket. “Making positive food choices is great way to start reducing your individual carbon footprint”, she says. “Alongside considering your dietary choices, you can also reduce your environmental impact by considering the amount of packaging your food comes in and disposing of your food waste”.

The final meal included celeriac cooked in hemp milk, and a broccoli and black garlic dumpling, on a side of smoked broccoli puree, spring onion and Jerusalem artichoke – which will become a permanent feature on The Sugar Club’s menu. 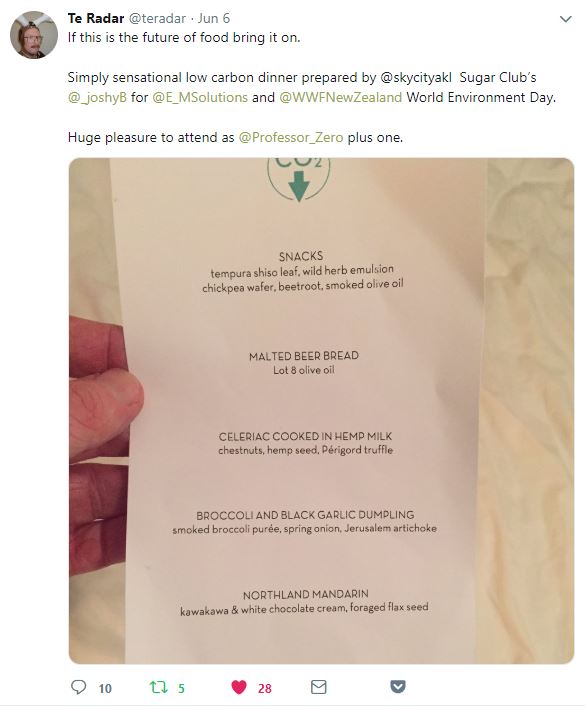 If you’re keen on low carbon cooking but can’t make it to The Sugar Club, here are three top tips from Sophia to get you started: