Climate Change continues to affect our lives in many ways, from food supply, energy security and the transportation choices we make. With increasing temperatures and rising sea levels, the threats that climate change pose to communities and global economies are incredibly significant.

How these threats are controlled is crucial to a safe and prosperous global society. To address these, the UN Climate Change Conference of the Parties (COP26) will take place in Glasgow on 31 October to 12 November 2021. The term ‘Parties’ refers to the governments who attend the Conference, who will attempt to agree on plans to limit the global average temperature increase to 1.5° Celsius above pre-industrial levels.

What happens at a convention?

A convention enables countries to agree on targets, goals and actions to tackle the climate crisis.

Events and activity at COP are split into two different zones; the Blue Zone and the Green Zone.

The Blue Zone is for people registered with the UN Framework Convention on Climate Change (UNFCCC), national delegations, UN staff, the media and some non-profit organisations. Delegates from countries meet for both formal negotiations and informal consultations. They may also take part in meetings with other delegations to clarify positions and interests. This can help reach agreements or overcome stalled negotiations. The UNFCCC will also host a range of events, such as technical briefings, to support the negotiations.

The Green Zone is where the general public, indigenous peoples, charities, academics, artists and businesses can have their voices heard. There will be numerous events including workshops, art exhibitions and installations, presentations, and demonstrations of technology.

Sometimes conventions do not produce meaningful results. The 2009 COP15 in Copenhagen, for example saw the Copenhagen Accord drafted by a select group of countries, but it was not adopted. Instead, the accord was “taken note of”.

Compare this to 2015 COP21 in Paris, where the Paris Agreement was born - a legally binding commitment to reduce emissions. For the first time ever, every country agreed to work together to limit global warming to below 2 degrees, aiming for 1.5 degrees compared to pre-industrial levels. This agreement was different from 1997 Kyoto Protocol, which was also legally binding. However, the Kyoto Protocol only required reduction targets for developed nations. 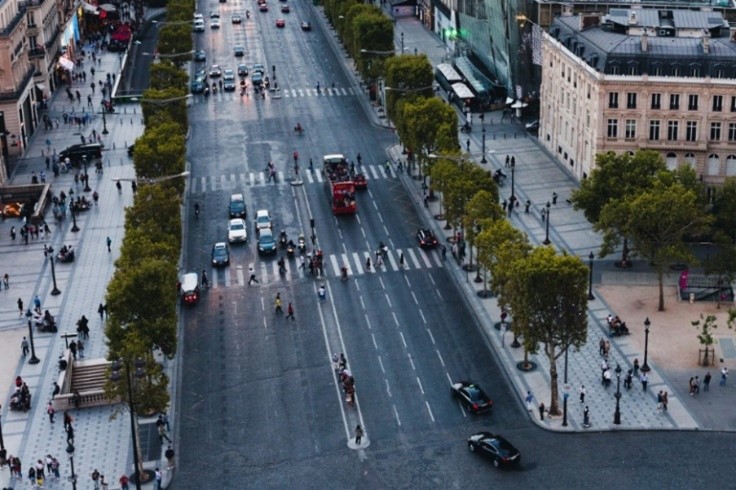 What are the objectives of COP26?

The COP26 summit brings governments together to accelerate action towards the goals of the Paris Agreement, and the UNFCCC. The objectives for COP26 are:

Countries are being asked to present ambitious 2030 emissions reductions targets that align with reaching net zero by 2050. Net zero is defined by the IPCC as when anthropogenic CO2 emissions are balanced globally by anthropogenic CO2 removals over a specified period. To deliver on these targets, countries will need to take significant action on items such as, but not limited to:

The climate is already changing, and it will continue to change even as we reduce emissions. COP26 will enable and encourage countries affected by climate change to:

To deliver on our first two goals, developed countries must make good on their promise to mobilise at least $100bn in climate finance per year by 2020. International financial institutions must play their part, as well as public and private sector finance.

4. Work together to deliver

Working together is imperative to solving the climate crisis. At COP26, countries must:

Why do we need to limit temperature rise to 1.5 degrees?

There is a notable increase in dramatic and severe impacts on people and nature if we reach 2 degrees of global warming, compared to 1.5 degrees above pre-industrial levels. This includes: 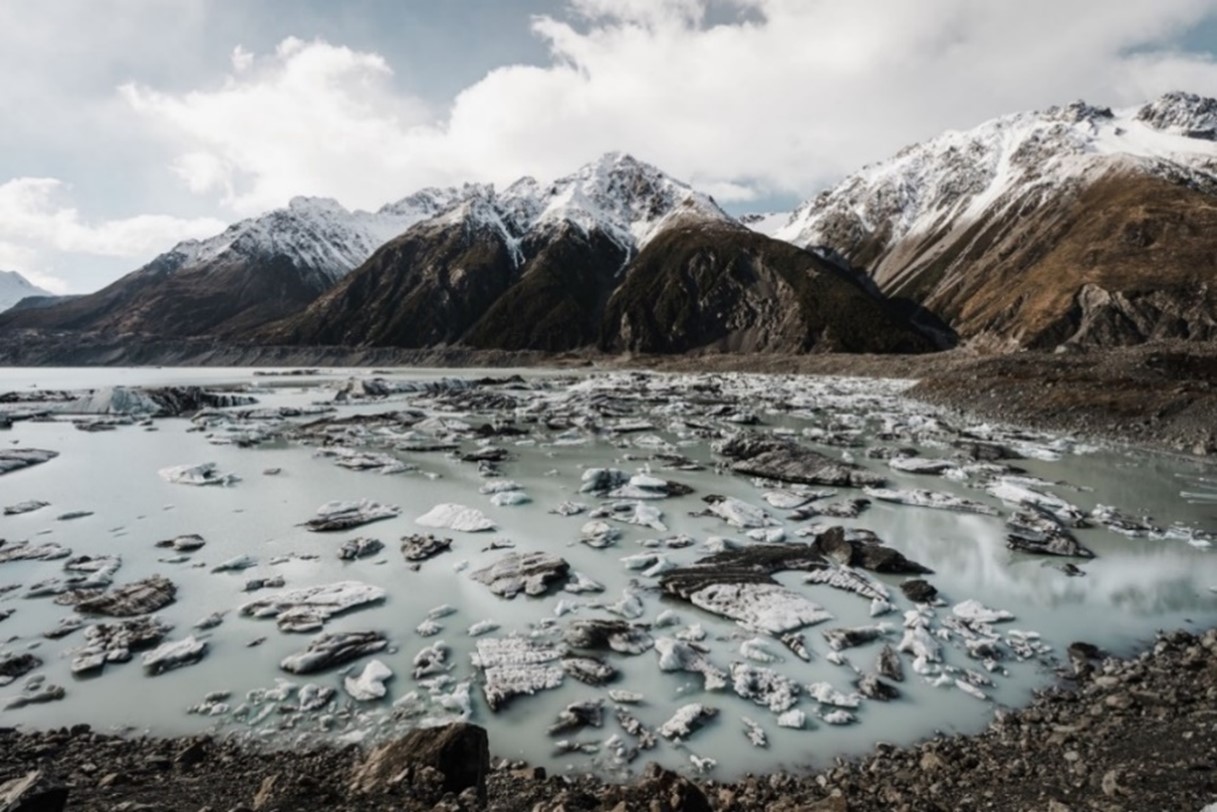 At 1.5°C, the impacts would still be serious, but less severe. There would be fewer food and water shortages, and fewer species at risk of extinction. Threats to human health would also be lower, from air pollution, disease, and malnutrition. Half a degree of warming may not sound like much, but the difference is much more than just a number. To visualise this, the below infographic from the World Research Institute provides an incredibly helpful guide to what half a degree of warming means.

An outline of the differences that half a degree of warming makes across a wide range of factors. Source: WRI

How did countries respond to the Paris Agreement?

The landmark COP21 which took place in Paris in 2015 saw every country agree to work together to limit global warming to below 2 degrees, aiming for 1.5 degrees compared to pre-industrial levels. The Agreement also outlined the need to adapt to climate change impacts, and to make money available to achieve these goals. Each country can decide how they would get there. These were called Nationally Determined Contributions (NDCs) and are the contributions each country agrees to make in response to climate change. Nations agreed that every five years they would produce an updated plan that would reflect their highest possible ambition at that time.

The framework for New Zealand to set and meet our NDC is the Zero Carbon Act. Passed into law in 2019, this piece of legislation outlines four key things:

In May 2021, the Climate Change Commission (CCC) advised that the current NDC is not compatible with limiting global average temperature rise to 1.5°C. The Commission’s advice was to make the NDC more in line with limiting warming to 1.5°C. This would require a reduction of much more than 36% below 2005 gross levels by 2030. The Commission advised that the NDC can be met through a combination of domestic emission reductions, domestic removals, and use of international carbon markets.

Following this advice, Prime Minister Jacinda Ardern and the Minister of Climate Change James Shaw announced that New Zealand’s NDC will be revised this year. The draft plan was released in October, outlining ideas for meeting emissions budgets for the next 15 years, starting from the 2022-2025 period, and following in five year increments. The draft plan provides a look at some of the new ideas Ministers have come up with concerning areas including energy, transport, waste and agriculture. Some of these policies may be in the final emissions reduction plan, due to be released in May 2022. Proposals include:

There are a few! Here’s a list of some of the contentious issues for COP26:

Will the NDCs be enough to limit warming so 1.5 degrees?

Following the postponement of last years’ COP due to the COVID-19 pandemic, this years’ COP is considered the last chance to set society on the right path in a warming world. Will each nations’ climate plan be enough to keep warming to 1.5 degrees? As it stands, the pledges made by each nation will see us overshoot the 2 degrees warming target, let alone 1.5. Current policies would see warming of 2.7 – 3.1 degrees by 2100.

A long-standing argument around economic development concerns the use of cheap fossil fuels to advance a nation’s economic growth. Western cultures relied on readily available fossil fuels to power their economies. Now, developing nations are being told that they shouldn’t be able to develop their economies if it requires cheap fossil fuels to do so. Alleviating hardship and poverty is paramount for developing nations, but doing this quickly and a climate friendly manner is difficult.

Are social costs being factored into the climate targets set by each nation? Are indigenous communities being considered, nay, given the opportunity to lead? There are many other factors to consider too, such as the spread of disease and community displacement from climate change. Putting a dollar figure on this is difficult, and as a result, the impacts of these events can often be forgotten.

Offsetting emissions and using international carbon markets will be a part of the puzzle to solving the climate crisis. Whether all credits, and methods used are of integrity and hold up to scrutiny will be of keen international interest.

Global organisations will be keeping their eyes on the COP summit, and one could expect statements and press releases outlining their commitments to fighting the climate crisis. However, it will be worth keeping an eye out on the comments made compared to their actual business activities. “Net zero” targets have been increasingly criticised as an example of greenwashing, where companies have potential to mislead the public about the extent of the emissions reductions.

Depending on the level of ambition signalled at COP26, we can expect the outcomes of the Conference to flow into New Zealand settings. It is critical to understand that the climate crisis is likely to see impacts felt disproportionately by Māori and Pasifika communities.

With emissions being a global issue, New Zealand businesses can plausibly have a role in assisting developing countries in their transition to a low carbon economy. Countries stepping up their ambition levels is a strong signal for Toitū participants to show leadership and take further ambitious action in their own business operations. This is in the context of science based commitments, supported by robust strategy and roadmaps to achieve the commitments. Regardless of the outcomes of COP, businesses have the opportunity to charge ahead. The Race to Zero campaign and increasing momentum around SBTi can only attract more businesses and institutions to do the same.