This Sunday 22 September, will you take up the World Car-Free Day challenge? We dive into the history behind the movement.

Have you heard of World Car-Free Day? It’s on Sunday 22 September and is all about encouraging people to ditch their car for the day. Going car-free has many benefits, the most important being reduction of greenhouse gas emissions, as we are encouraged to use other methods of transport like walking, cycling, and public transport. 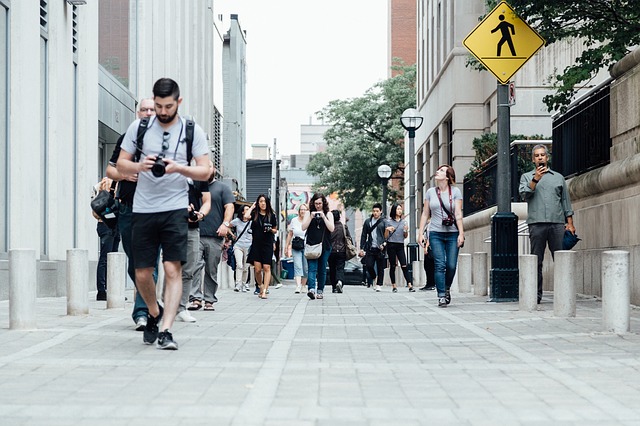 Today there are around one billion cars on the world’s roads. Cars have enabled unprecedented levels of geographic and social mobility and given workers the flexibility to live further away from their workplace.  On the other hand, it has contributed to the increase in carbon emissions causing air pollution and climate change.

World Car-Free Day actually has its roots in a far more basic desire for people to take back their urban centres and community spaces from the dominance of commuter traffic and private motor vehicles.

The first car-free days were celebrated in the Netherlands and Belgium way back in 1956, when every Sunday for two months were deemed to be car-free. Gradually the idea of having car-free days spread with hundreds of movements beginning in cities around the world during the 1990s and early 2000s.

The first official, global Car-Free Day was launched on 21 September 2000 and was run and promoted by Carbusters, now the World Car-Free Network.

Many older New Zealanders will vividly recall the extremely unpopular forced ‘carless days’ of June 1979 to May 1980. Owners of privately-owned petrol-driven motor vehicles were required to select a day of the week on which they would not be able to use their car.

The legislation was introduced by the Muldoon Government to combat the 1970s oil crises that put pressure on oil demand, and were an attempt to reduce New Zealand’s petrol consumption. But people broke the rules; fake exemptions were created and families with multiple cars just used different cars on different days to get around the hassle.

But times have changed, as have the reasons to leave the car at home. A voluntary car-free day is a great way for families to help reduce their emissions, get active and reconnect with their local communities.

In previous years, a number of New Zealand towns and cities ran free buses and held barbeques to celebrate the event, so on 22 September why don’t you and your family ditch the old jalopy for a day, take the bus and consider how your community would be so much different without all those cars.