Snowberry has won the Excellence in Climate Action, Product Carbon Footprinting category at the Enviro-Mark Solutions Awards in Auckland.

The maker of natural skin care products has reduced the carbon footprint of its products by 79% from its base year (2012/13) by reducing the number of ingredients in its products, growing and processing some of its ingredients on its bio-discovery plantation instead of importing them, and ensuring every product achieves carboNZeroCertTM certification, through Enviro-Mark Solutions. 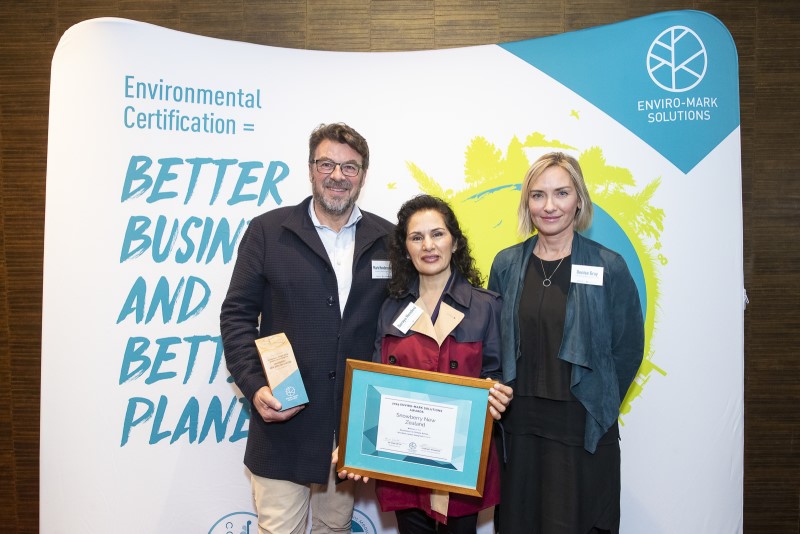 Since the brand’s inception in 2006, Snowberry had a focus on protecting the environment—an ethos that has only grown stronger as the climate crisis worsens, and consumers become increasingly conscious of the ethical and environmental implications of the products they purchase.

Snowberry Operating Manager Mark Henderson says, “It is incredibly important to us that the social and pragmatic values we hold as individuals are communicated through the business. We strive to produce highly functional skincare that is as natural as possible, supported by statistically relevant and peer reviewed science, with carbon neutrality and sustainability held in equal regard to the products we sell.”

“With this in mind, we work with Enviro-Mark Solutions through the carboNZero programme to add value to our efforts, ensuring we are measuring our carbon emissions to international best practice,” says Henderson.

Dr Ann Smith, Enviro-Mark Solutions CEO, credits the commitment to carbon reduction being embedded throughout the company to its success. “Snowberry ensures that seeking efficiencies in carbon is just as important as other measures of success. This has inspired innovation in achieving carbon reductions. We’re really pleased to announce that Snowberry has won the Excellence in Climate Action, Product Carbon Footprint category.”

Henderson says that Snowberry’s carbon reductions were achieved by refining its products’ core ingredients and consolidating the ingredients into a manageable, essentials-only list.

Snowberry products started with 188 ingredients, and these have been whittled down to less than half this amount. The ingredient list has been refined with its carbon footprint in mind, meaning the ingredients that do make the cut are low emission.

Snowberry’s scientists also reduced production times by making products easier to create. They employ techniques – such as the reduction of temperatures during the skincare-making process – to reduce emissions overall.

Snowberry harvests some of its skincare ingredients from a 9,000 plant Wellsford-based bio-discovery garden, dubbed the “Snowberry Garden”. Snowberry aims to be able to further offset its carbon emissions in the future through their plantings, which is already contributing to regenerating the land.

Additionally, the Snowberry garden replaces the need for importing ingredients like Omega 6, rich oils, gels and anti-inflammatory ingredients such as Harakeke Seed Oil and Kanuka Honey extract that otherwise would have been imported from other countries such as France or Germany. 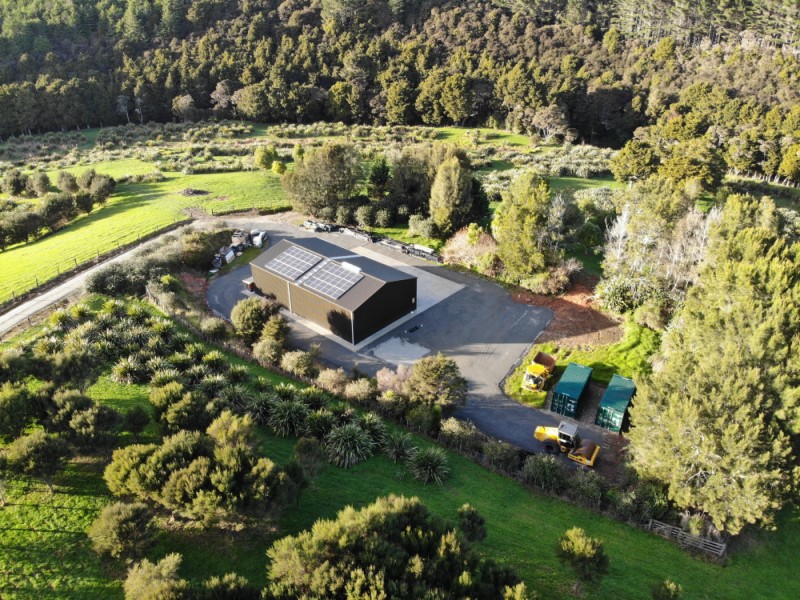 Snowberry’s commitment to being carbon neutral flows directly from founder Soraya Hendesi’s philosophy of creating anti-aging skincare she could trust. “The commitment we made as a team to be environmentally sustainable simply reflected our personal values. We all have children and as far as we’re concerned, Snowberry had to be environmentally sustainable for their sakes. Ensuring our product is carbon neutral to any point of sale in the world is a huge part of that, as it is our small but significant action in an effort to combat the climate emergency. There is no bigger issue in the world today. If we don’t get that right, nothing else will matter.”

Henderson stresses that being carbon neutral has been in the works since the brand’s earliest days; however he never imagined how beneficial this status would end up being for the brand.

“We didn’t seek carboNZero certification to leverage our brand – we simply believe that the best way to communicate your carbon neutral status to consumers is to educate them on it, so that everyone can work towards a common goal.”

Henderson also notes that the company’s carbon neutral status and sustainability efforts have helped the business to manage expenditure and attract talented, eco-conscious employees to the company and to strengthen supplier understanding.