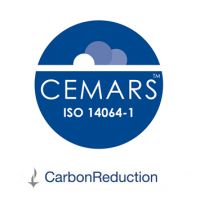 Morgan Sindall is celebrating its contribution to Morgan Sindall Group reducing its carbon emissions by more than 50 per cent over six years, which has been certified by Achilles Carbon Emissions Management and Reduction Scheme (CEMARS).

Morgan Sindall Group is the first company to have received a gold certificate which is awarded to companies which achieve six successive years of carbon auditing by Achilles. Morgan Sindall Group recognises the impact carbon emissions have on climate change, so carbon reduction as a strategic objective is critical to its sustainable business model.

The Achilles CEMARS auditors verified that Morgan Sindall Group has consistently reduced its carbon footprint year on year and by 54% since 2010, with 9.1% in 2015 alone, repeatedly exceeding this environmental target. In 2010, it set a carbon reduction target of 20% by 2015 and achieved 54%. Similarly in 2015 it aimed to reduce carbon by 5% but actually achieved 9.1%.

The absolute carbon figures were:

The company has achieved this impressive carbon reduction through a range of measures, including:

Specific projects on which Morgan Sindall has been successful in reducing carbon emissions include:

Discussing Morgan Sindall Group’s six year carbon reduction, Charmaine Morrell, senior sustainability advisor at Morgan Sindall, said: “It’s not just what we build, but also how we build, that has the potential to have a huge impact on the environment, and this is a responsibility we take very seriously.

“As well as aiming to create energy efficient buildings and infrastructure, we’ve placed minimising our environmental impact during the construction process at the heart of what we do, demonstrated by the achievements made from having clear carbon reduction targets and plans in place.

“For us, it’s necessary to make those low-carbon choices wherever possible, whether that’s promoting fuel efficient vehicles, hybrid generators, eco cabins for site accommodation, retrofitting LED lighting in offices or by diverting waste from landfill to avoid unnecessary vehicle movements.

“We also recognise that our people, customers and supply chains are key to achieving our low carbon ambitions and invest a great deal of time and energy in working with them collaboratively to ensure that good environmental practice is applied to every aspect of our work.”

Graham Edgell, Morgan Sindall Group director of procurement and sustainability said: “We have shown a real commitment to making reductions in carbon emissions and have succeeded in embedding low carbon ways of working across the divisions.

“Achilles’ assessments are both independent and very rigorous, meaning that there is no scope for ‘greenwashing’. We have not only met, but exceeded the targets we have set ourselves and I have no doubt that we will continue to drive environmental improvements. ”

Fareita Udoh, Head of Carbon Programme at Achilles, said: “CEMARS is one of the most rigorous and respected carbon standards in the world, so achieving certification six years running makes Morgan Sindall Group a role model in carbon reduction – for the programme, and the infrastructure sector as a whole.”

For more information about this news release please contact Ruth Cobban at Influential on 0151 239 5000 or email cobban@thisisinfluential.com